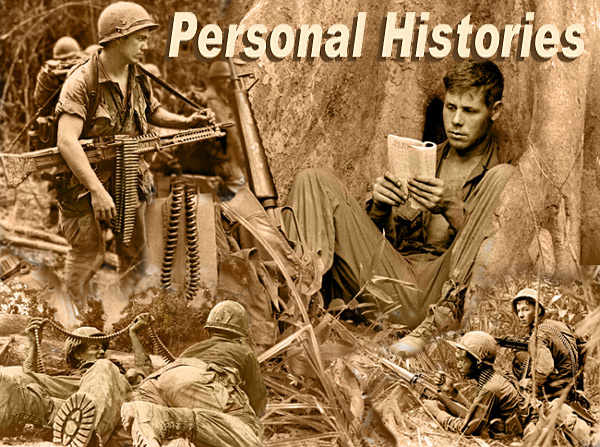 This page is a new addition as of early Winter 2008. It is intended to provide a place for O Deuce troopers to tell their stories to their brothers and the rest of the world

If you have a story to wish to tell, please send to


Do not let concern about your writing abilities stop you. We will work with you to get it in good form. It is your story that is important, not the writing. If you don't like to write, record your story (tape recorder or computer) and send us the recording!

Carl Bennett - Charlie Company - recalls his escape as a POW in 1965.

Michael Baldinger - was a Medic during the famous battle of Dak To in 1966.

Richard Allen - was awarded a Silver Star for action with Alpha Company during Operation Benton, August 1967

John Cluett - was in Bravo Company in April 1971 when they took Hill 809 of the A Shau valley and rescued a helicopter pilot that had been shot down. This is the story of an unexpected reunion nearly 40 years later.

Chinook Crash - 1971 - a story of the second worst helicopter crash in Viet Nam. Originally posted on the 327th Infantry Website, it is copied here (with permission) because of the role Delta company played in the recovery.